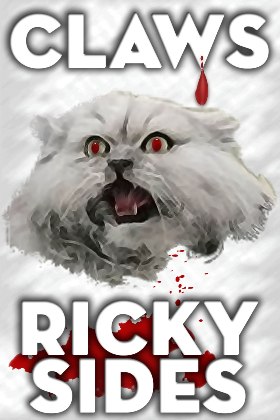 No animals or people were harmed during the writing of this book. The author does not hate cats, dogs, women and children, animal rights activists, homeless people, hunters, runners, truck drivers, maintenance men, chicken farmers, police officers, sheriffs deputies, women who text while driving SUVs, or the elderly.

A few graphically portrayed adult situation scenes, while not explicit, come close enough that they will probably be offensive to some readers, but they were important character development scenes. The author realizes that the portrayal of criminally deviant sexual acts is offensive to most people. It also offends him. However, some deviants do exist, who engage in such acts, and the scenes are there for a reason, which will become obvious to the reader. They are not gratuitous and are central to the plot of the book.

The author is a cat lover, but he is also a writer. This book started with the basic premise of what if. What would happen if pet food were tampered with in such a way as to make the animals abnormally large and aggressive? Writing this book was, at times, painful for the author who feeds and pets a feral cat on a regular basis. However, as a writer, the author felt the storyline was too good not to write, just because it made him uncomfortable.

The setting of this story is in , which is where the author resides.  was chosen because of his intimate knowledge of the city and the surrounding area. To the best of the authors knowledge, there are currently no homeless people in . The depiction in this book of such an individual is the product of the authors imagination and is there for storyline purposes only. Although there is indeed an animal food production facility in , Alcorn Pet Food Corporation only exists in the authors imagination. The author used that location, because of the surrounding terrain, but the name of the real facility is not Alcorn. The animal food, which is produced by the real company is safe. His research on the fictitious name found no connection to the pet food industry.

The personalities, traits, and decisions made by government officials in portions of this book are not based on actual individuals currently holding those offices, or any who have held them in the past. This is a work of fiction and does not depict any real or living person.

Claws 2. After the Apocalypse. 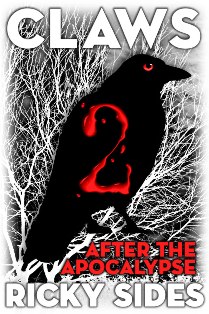 In picturesque , a pet food company was working with an experimental cat food laced with hormones and appetite enhancers. The feed caused cats to add muscle, gain weight, and exhibit extremely aggressive behavior. When Doctor Patricia Reese, head of the research project, threatened to expose the pet food as a threat to public safety, she found herself out of work, her home ransacked, and all her carefully gathered proof missing.

The cats involved in the testing were scheduled to be euthanized by the company, but well-meaning animal rights activists released the animals. These enhanced, hyper-aggressive felines began to prey on small game in the area and then the ravenous animals turned their attention to humans.

An unemployed scientist, a small special ops team, and a homeless veteran joined forces to protect the inhabitants of . Racing against time, they were able to prevent the looming catastrophe.

However, someone had stolen the secret formula that created the menace and sold it to eight foreign enemies of the . , , , , , , Jordon, and  all purchased the formula from Talbot. Those enemies conspired to introduce the tainted food into the American pet food industry on a large scale. They also targeted the allies and trading partners of . The planned American response was to disperse the compound into the atmosphere above the enemy nations. That retaliation would also target the allies and trading partners of the enemy nations.

The Russians, who had also acquired the formula, rushed it into production. In January, using their stealth bombers, they pumped tons of the deadly compound into the atmosphere over . Like the other enemy nations, the Russians knew that the first to recover from the attacks with their industrial capacity intact, would rule the world. Therefore, they also targeted the trading partners and allies of. They also introduced the deadly formula into a category three hurricane in the  and a developing tropical storm in the mid-Atlantic.

For generations, writers, intellectuals, politicians, and military officers had speculated that World War III would be fought with nuclear weapons.